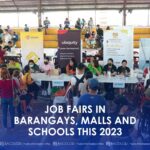 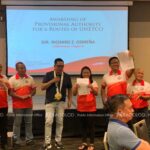 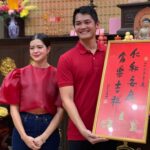 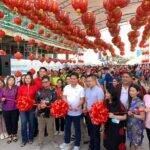 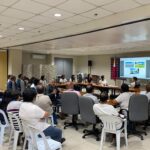 On the third day of Mayor Albee’s meeting with the different department heads of the city government, he met with the City Engineers Office (CEO) yesterday, January 18, 2023. Engr. Loben Ceballos led the discussion about the accomplishments done by their office as well as their ongoing projects for the city this 2023. Mayor Albee continue reading : MAYOR ALBEE Benitez and City Engineer’s Office met on Building Plans for Bacolod this 2023. 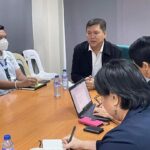 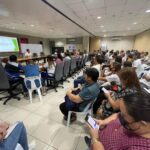 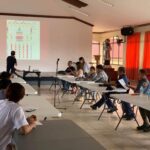 January 16, 2023 – The San Sebastian Cathedral-Parish of Bacolod, along with City Tourism office, conducted a coordination meeting with involved sectors and institutions in preparation for the procession of Saint Sebastian on January 20. The procession or the “Traslacion del san Sebastian” will commence by 3 p.m. and it will pass through starting from continue reading : BACOLOD TO HOLD PROCESSION FOR SAN SEBASTIAN ON JAN. 20

The on-site housing project, a flagship program of Mayor Albee Benitez for informal settlers of Bacolod City, is under way with Department of Human Settlement and Urban Development (DHSUD) after their dialogue at the Bacolod City Government Center earlier today, September 2, 2022. The department was led by DHSUD Undersectary Jose Ramon Aliling. Present also in the assembly were Councilor Vladimir Gonzalez, Councilor Jude Thaddeus "Thaddy" Sayson, Councilor Al Victor Espino, Secretary to the Mayor Atty. Karol Joseph Chiu, City Administrator Atty. Pacifico Maghari III, and the National Housing Authority (NHA). A consolidation was discussed in undertaking the housing relocation, profiling assessment and eligibility, management of settlers, as well as recourse with Pag-IBIG to Local Government Units (LGUs) for the regulation of beneficiaries. Purok Arao of Barangay Vista Alegre, Barangay Banago, and Barangay 8 are the intended sites for the housing project. A Momenrandum of Understanding had been arranged and will be signed by Mayor Benitez and DHSUD Secretary Jose Rizalino "Jerry" Acuzar. DHSUD mandates a "continuing program of housing and urban development which shall make available at affordable cost, decent housing and basic services to underprivileged and homeless citizens in urban centers and resettlement areas", as enshrined on Republic Act No. 11201 of the Philippines.

Private-Public Partnership for a Dialysis Center

Mayor Alfredo Abelardo Benitez launched the Bacolod City Comprehensive Health Program (BacCHP) at the lobby of the Bacolod City Government Center (BCGC) on Tuesday, July 19. The BacCHP, which is a priority of the Benitez administration, aims to ensure the delivery of an integrated health care system that includes preventive, promotive, and curative health care coverage by maximizing resources and programs of the government, City Administrator Pacifico Maghari said. Source: https://2022.albeebenitez.ph/news/benitez-launches-bacchp-to-boost-health-services/

Proposal for the concept of Digitalization